For most of us, a cup of coffee is an essential and irreplaceable part of our morning routines—it’s pretty much the only reason we’re able to function once out of bed.

But while we’re collectively obsessed and addicted to coffee as a society, we don’t really know much beyond our daily coffee orders, do we?

For instance, most people don’t know that coffee, much like tea, has a fascinating and extensive history. It was first discovered in the 9th century, but interestingly it only became popular here in the US after the Boston Tea Party in 1973—interesting, right?

Here are some other fun facts you probably didn’t know about coffee.

This may surprise some, but coffee beans aren’t actually beans; they are seeds that come from a berry. The cherry-like berry grows on brushes, and the coffee “bean” is the seed or pit found in the center of the fruit.

Coffee Was Discovered By Goats

This is quite a funny story and also quite interesting. Coffee was discovered centuries ago in Ethiopia by goats and a shepherd. Apparently, the shepherd noticed his goats acting a bit funny and dancing after eating from a bush. He tried the berry and experienced something similar. And that’s how people the humankind discovered the magical effects of coffee!

Coffee Used To Be Chewed

We’ve always thought of coffee as a beverage, but coffee was chewed in its earliest days! The first few African tribes that discovered coffee used to grind the berries and eat them as edible energy balls. There are also reports of monks discovering the berries and realizing that they helped them stay alert during the night. And both the African tribes and monks reportedly mixed the berries with animal fat to use them as energy bits.

This may sound slightly disgusting, but it is what it is. Kopi Luwak, i.e., the world’s most pricey coffee, is created from a crucial procedure—digestion. It’s produced in Indonesia with the help of a wild animal called the Asian palm civet.

The animal is fed the coffee cherries, and the beans pass through the civet’s digestive system without being properly digested. The beans are then collected by coffee farmers, washed, and sold at amazing prices! 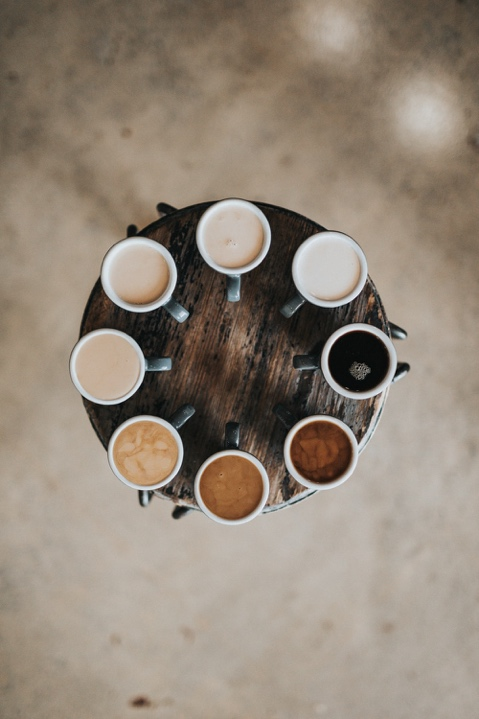 Of course, the amount you’re spending on coffee could differ from this figure, but most reports claim that an average American spends about $1100 on coffee—that’s how popular the beverage is here in the US.

Of course, not all of this amount goes to Starbucks and Tim Hortons; some people like to order decaf coffee beans at home! Our flavored coffee beans are especially popular these days—try them out. You can also check out the espresso coffee beans on sale.

Get in touch if you’ve got questions.