Living in the US, it’s easy to believe that coffee is the most popular beverage consumed by everyone worldwide. However, globally, tea consumption ranks higher than that of coffee.

Which makes one wonder why Americans prefer coffee over tea?

Well, there isn’t one specific reason to explain this preference. The fact is that both coffee and tea consumption is closely linked to the culture and traditions of the countries where they’re famous.

Here are some reasons we think coffee is much more popular in the US.

There’s A Historical Aspect To It

According to most historical records, coffee first became popular during the Revolutionary War. Yes, we’re referring to the Boston Tea Party when 340 chests of tea were thrown overboard by the Sons of Liberty as a sign of protest against the high taxation.

In a way, tea became a drink of and for traitors, given that it was considered quintessentially British. And patriotic Americans across the colonies vowed to only drink and serve coffee.

More than half the US population starts their day with a cup of coffee—it’s our daily fuel, the kick starter, an energy booster. Of course, for most people, their morning coffee isn’t the only cup for the day. People usually have several cups throughout the day to stay alert at work. This explains the coffee makers and espresso machines in most workplaces.

Additionally, think of all the times you’ve seen people running late and grabbing a coffee on their way to work in TV shows and movies. Or how interns’ characters are always shown making coffee at workplaces. Somewhere along the way, we’ve accepted coffee as a regular part of a fast-paced career.

On the other hand, tea is all about self-care, unwinding, and wellness—concepts that simply don’t align with our big city lifestyles.

There’s A Coffee House At Every Corner 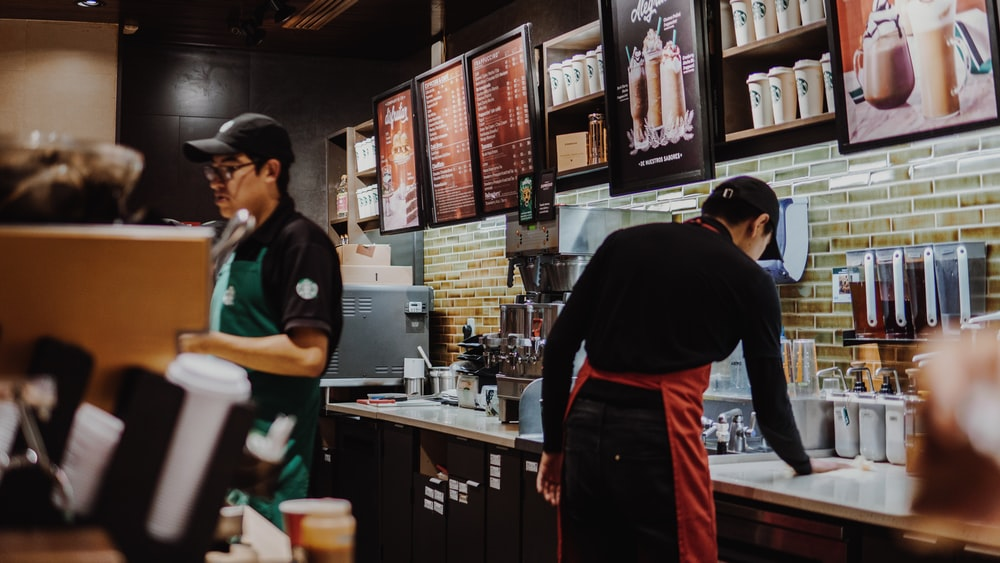 This might not be why Americans started preferring coffee, but it’s definitely why they continue doing so. Coffee is simply more accessible to us than tea. We have a Starbucks or Caribou at almost every corner, in every mall and street, whereas teashops are less common.

Which can be annoying if you’re a tea enthusiast like us. But don’t worry, we’ve got you.

From herbal fruit tea to Indian spiced tea, we have over 100 different types of tea blends available at Red Bud Tea Company. You can also order Canadian breakfast tea from us!

Of course, if you’re happy on the coffee bandwagon, you can check out the flavored coffee bean for sale or the espresso coffee beans instead.

Give us a call if you’ve got questions.